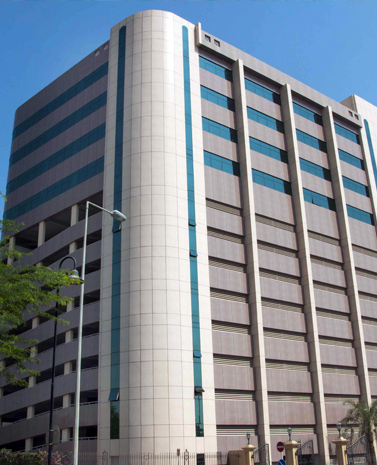 Gulf Hotels Group BSC is a public limited liability company quoted on the Bahrain Stock Exchange which was incorporated in 1967, under the name of Bahrain Hotels Company.

The Group Chairman is Mr. Farouk Yousuf Almoayyed and the current Board of Directors includes distinguished, well-established and influential businessmen of Bahrain.

The vision of the then Bahrain Hotels Company back in 1967 was to provide a standard of hospitality unrivalled on the Island, which was duly delivered with the opening of Bahrain’s first five star property, the Gulf Hotel. Some forty years later, this philosophy remains the same although the Gulf Hotel has changed beyond recognition, continually expanding and upgrading to meet the modern day demands.

The addition of the 2,200 seat state-of-the-art Gulf Convention Centre in 1997, located adjacent to the Gulf Hotel is a clear example of the Company’s commitment to meet the needs of the International MICE market.

The Gulf Executive Residence was opened in March 2006, providing 97 luxury apartment suites to further diversify the company’s portfolio within the market.

In 2011, the Group’s third property, the K Hotel in Bahrain opened its doors and quickly established itself as the leading four star hotel in the Kingdom, cementing the Gulf Hotels Group’s excellent reputation for its ability to profitably manage a broad portfolio of hospitality related businesses.

In 2015, the group opened the Asdal Gulf Inn, a four-star boutique hotel located in the Seef District. The property is managed by GHG on behalf of GCC-based owners.

In 2016, the Group also commenced the construction of the Gulf Executive Residence Juffair, a 109 unit luxury apartment facility which will open in 2018 and acquired ownership of Bahrain Tourism Company, owners of the Crown Plaza Hotel Bahrain and major shareholders of African and Eastern Bahrain.

Gulf Court Hotel Business Bay, the Company’s first hotel establishment in Dubai, opened in 2018, catering to the Business Bay area in UAE. The hotel features 270 rooms with top-class facilities for both leisure and business travellers.